The Jewel of Downtown Greenville

The transformation of Falls Park from a state of neglect to splendor would not have been possible without the involvement of an engaged community. Partnerships between the City of Greenville, Furman University and Carolina Foothills Garden Club paved the way for the birth of the Falls Park Endowment. Generous corporate and individual sponsors provided the seed money that allowed the project to take root. Today Falls Park is a jewel in downtown Greenville.

A unique collaboration of talented individuals and organizations made Falls Park possible: 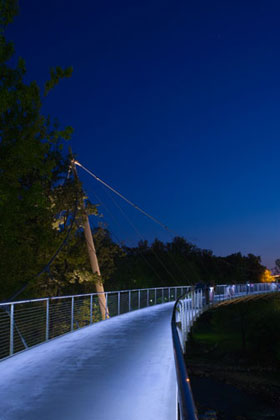